Museum of the troubles and peace 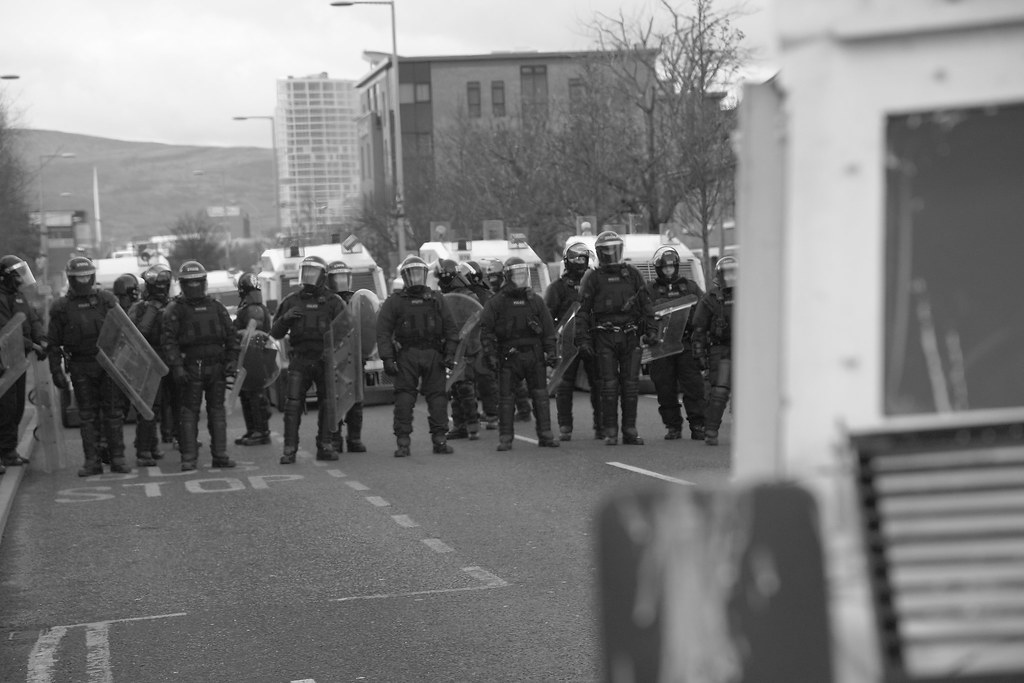 This project is at an early stage of development and we are keen to engage with people who share our vision. We are currently in conversation with museums, local authorities, and potential sources of funding. We are looking at ways to develop the concept and would like to dialogue more widely with communities.

If you would like to be involved, or have ideas that you can contribute, please get in touch.

You might find the article below by one of our members of some interest, though we should add that ideas and concepts are always in a state of evolution as we engage with a wider range of people.

Belfast Telegraph: January 31, 2018 – Why we need a museum of the Troubles

Like Titanic Belfast but only on a grander scale, it could be a visitor attraction and an export earner with a difference, says Liam Kennedy

Who owns the past? That is the provocative title of a book by the eminent American historian Eric Foner. Professor Foner, who has spent time in Northern Ireland, is to the forefront of debates in the United States over museum presentations of America’s racist and divided past.

These controversies, culture clashes, historic fractures – call them what you will – have deep resonances in the context of Northern Ireland. The most pressing question for us surely is: who owns the Troubles?

The answer, of course, is that no one group, gender, faction, or political party, does. There are multiple voices, experiences, interpretations. And herein lies a major economic, cultural and political opportunity.

If Northern Ireland is known for two things internationally, these are the two Ts: the Titanic and the Troubles. One is now represented by a magnificent visitor attraction, Titanic Belfast. The case for a second major visitor attraction, put forward by the Belfast Chamber of Commerce some two years ago, is a compelling one. The obvious candidate is a National Museum of the Troubles.

The Troubles is book-ended by the civil rights movement of the 1960s and the later “peace process”, which brought it to a close. Thus, the narrative arc extends from the optimistic, reform-minded 1960s, through the subsequent descent into political violence and then the upswing into a durable peace process.

Through the medium of public history, Northern Ireland can speak both to its own divided self and to a wider world in terms of peace and reconciliation.

The silver lining is that there is an unparalleled opportunity to bring into being a world-class museum, interpretative centre and visitor attraction. (The term “museum” is used here as shorthand for a more complex concept.)

Then there is material culture relating to police and Army vehicles, prisons, courts, flags and emblems, weaponry, watch towers, ambush sites, uniforms and much else.

We envisage the museum project as drawing on the expertise not only of architects, designers, historians, political scientists and museum curators, but also of software engineers, filmmakers, writers, artists and musicians.

Think, for instance, of the exhibition of Colin Davidson’s work at the Ulster Museum (Silent Testimony: portraits of 18 individuals who are only connected by virtue of the loss of loved ones through political violence); think of the rock musician Paul Brady and his haunting lyric, The Island; think of Van Morrison in so many ways; think of the work of fine poets and novelists, from Heaney to Longley and from Patterson to MacLiam Wilson.

All these draw on Troubles themes and it is important, also, to show how “ordinary life”, from sport to shopping, against a background of extraordinary division, was maintained before, during and after the period of intense conflict.

Nor should we overlook those survival stratagems in hard times, the recourse to satire and black humour. Neither was in short supply.

A Troubles exhibit could be a visitor attraction and an export earner with a difference. With digital technology, it is now possible to simulate totally immersive experiences ranging from patrolling eerie, darkened terraced streets late at night, to ambush sites and even car-bomb explosions.

Then, there are the dramatic, late-night negotiations around the Good Friday Agreement and such iconic moments as Prime Minister Blair’s and President Clinton’s visits to Belfast. Four Nobel Peace Laureates mounted the podium at Oslo Town Hall. And, for all its ups and downs, there is the story of power-sharing at Stormont.

This could also be a “museum without walls”. Not literally, of course, but with modern information technology it is possible to develop digital mobile devices, perhaps franchised to hotels, tourist offices and other centres across Northern Ireland. These devices would tune into significant events – civil rights demonstrations, killings, bombings, peace demonstrations, labour and trade union campaigns – associated with a particular street, or building, and reveal site-specific histories relating to the Troubles, or its aftermath.

Some of these buildings, such as McGurks Bar, for example, no longer exist, but can be recreated in digital form.

We need to think in terms of iconic images that illuminate ways of life. To borrow an image from Glenn Patterson: front parlour of a small terraced house. A huge coffin dominates the little room, plastic flowers in red, white and blue, a UVF man is being waked. A photograph of this scene featured in a tabloid newspaper and told so much in visual language of the kind of people who joined paramilitary organisations and why.

More generally, there is the need to tune in to the senses and the emotions to ensure a visitor experience that is memorable.

If the project is worth doing, it is worth doing on a scale commensurate with the importance of the subject. This means a budget probably in excess of that for Titanic Belfast. Once the fixed costs are put in place, and of course this is a huge operation in terms of attracting funding from charitable foundations and statutory agencies, it should be possible to operate on a profitable basis. One might envisage spin-off enterprises, as well.

There are at least two major international foundations that might be attracted to the project, because of the global significance of the Troubles and the pathways to peace.

It is also possible, even in a post-Brexit world, to continue to connect to European Union funding via the North-South Ministerial Council.

We are now sufficiently distant in time to undertake this huge challenge in terms of handling with sensitivity a deeply divided past. Much of the necessary expertise for the software aspects of the project exist.

There is the Centre for Public History at Queen’s University, Belfast and, of course, the Senator George Mitchell Institute for Global Peace, Security and Justice.

Ulster University has a number of specialist units, from computing to media studies,that could channel expertise in this direction.

But, above all, this multi-faceted, mega-project needs to be founded on standards of fair-mindedness and intellectual integrity.