Museum of the troubles and peace

We are a group of volunteers  of different ages, backgrounds and perspectives.

We all believe that a Museum of the Troubles and the Peace Process would be a valuable addition to Northern Ireland, and we are exploring ways to make it a reality.

If you would like to join us, please get in touch. 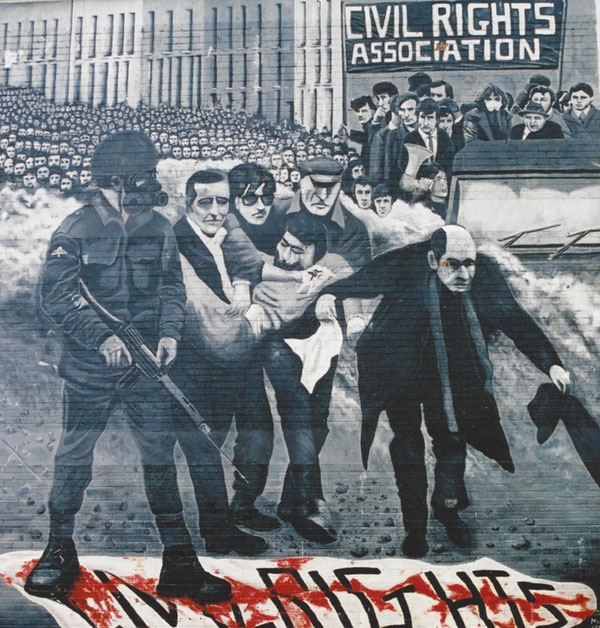 John Alderdice, former Leader of the Alliance Party of Northern Ireland.  Director of the Centre for the Resolution of Intractable Conflict at Harris Manchester College, University of Oxford and Chairman Emeritus of the Centre for Democracy and Peace Building in Belfast

David and Daphne Trimble.  Lord David Trimble was first First Minister of Northern Ireland and is the former leader of the Ulster Unionist Party. He was awarded the Nobel Peace Prize with John Hume in 1998 for their efforts to find a peaceful solution to the conflict in Northern Ireland. Lady Daphne Trimble is an academic, politician and a former member of the Equality Commission and the Human Rights Commission

Robin Eames, Anglican bishop and life peer, former Primate of All Ireland and Archbishop of Armagh

George and Gwynneth Bain. Sir George Bain was President and Vice-Chancellor of Queen’s University, Belfast from 1998 to 2004

Colin Davidson, distinguished artist and author of ‘Silent Testimony’, the stories of eighteen people victims of the Troubles.

Rita Duffy,  distinguished artist. Some of her work is in the permanent collections of the Irish Museum of Modern Art and the Imperial War Museum in London.

Dr Helmut Riethmuller, Director of Business Studies, Forum Berufsbildung, Charlottenstr. 2, Berlin and project consultant in Germany, Ireland, India and China. Founder of the first, cross-community youth farm in Belfast at the end of the 1970s, while still a student

Dr Esther Aliaga Rodrigo, Professional translator and researcher. Author of Huir del Laberinto, a look at the Northern Irish conflict through its depiction on some contemporary fiction.  Co-author of a dictionary of Irish culture in Spanish (Diccionario cultural e histórico de Irlanda) and a book of interviews with Irish writers and academics (Ireland in Writing).

Dr Irene Boada Montagut, former correspondent for Spanish media and presenter for radio and television. Founder: Children of the Troubles

The Museum of the Troubles and the Peace Process is a registered Company Limited by Guarantee, NI 651235; registered with the Charity Commission  NIC107970